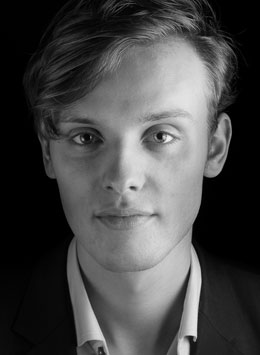 Alexander Chance graduated in 2015 having read Classics at New College, Oxford, where he was a choral scholar under the direction of Edward Higginbottom and Robert Quinney.

Alexander has performed all over the world, notably in Grace Cathedral, San Francisco where he sang the alto arias in Bach St John Passion. He also made a number of recordings with the New College Choir, including a disc of John Blow symphony anthems, on which he featured heavily as a soloist.

Recent appearances include Handel Triumph of Time and Truth at King’s Place, London in October, Purcell King Arthur at Stour Music, St Matthew Passion and Messiah with Richard Cooke at Canterbury Cathedral, Bach St John Passion with Mark Deller, Christmas Oratorio with Robert Quinney at the Sheldonian Theatre in Oxford, Magnificat with Edward Higginbottom at King’s Place in London, St Matthew Passion with Geraint Bowen at Hereford Cathedral, the role of Micah in Handel Samson at Stour Music, B Minor Mass at Utrecht Early Music Festival, and regularly in Oxford with Tom Hammond-Davies and the Oxford Bach Soloists. Upcoming projects include recording with the Freiburger Barockorchester in February 2019, and solo songs by the 20th Century Italian composer Giacinto Scelsi at the Salzburg Festival next summer.