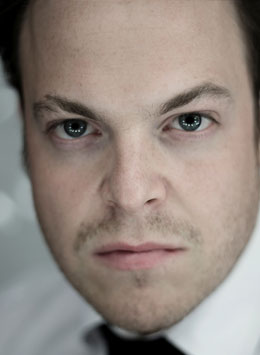 Andrew Staples was a Choral Scholar at King’s College, Cambridge, and subsequently studied at the Royal College of Music.

Andrew made his debut at the Royal Opera House, Covent Garden as Jacquino in Fidelio, returning for Flamand in Capriccio, Tamino in Die Zauberflöte, Artabenes in Arne’s Artaxerxes and Narraboth in Salome.

He has also appeared at the National Theatre, Prague; La Monnaie, Brussels; the Salzburger Festspiele; Hamburg Staatsoper and the Lucerne Festival. Most recently he sang Tamino for the Lyric Opera of Chicago.

In future seasons he sings Froh in Das Rheingold and Tichon in Katya Kabanova for the Royal Opera, concerts with the Los Angeles Philharmonic, Orchestre de Paris and Melbourne Symphony orchestras and will make his Deutsche Staatsoper Berlin and Metropolitan Opera debuts.

We are extremely happy to welcome Andrew back. He last sang with us for the performance and recording of Elgar’s The Apostles with the Philharmonia Orchestra in 2005.