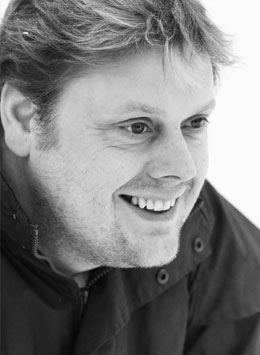 Benjamin Bevan is establishing himself as one of the finest young baritones in the United Kingdom. This year he has performed at the Perth International Festival, a concert broadcast on ABC, performed in Ireland with the superb Irish Chamber Orchestra, broadcast on RTE Lyric, and made his debut at Wigmore Hall.

Last year Benjamin was chosen by international tenor José Cura to work with him in the final of the José Cura Opera Project – the search for the next generation of opera stars.

Jose Cura writes: “In the  spring of 2007, at a master class I was giving in London, I encountered the voice of Benjamin Bevan. This young and already well rounded singer surprised me not only with the sheer beauty of his voice but also with his fine use of the Italian language and his very professional phrasing. I would happily bet on the future of this talented English singer!”

Ben has had a strong association with Scottish Opera and in 2009 will sing the role of Riccardo in Bellini’s I Puritani and the role of Lescaut in Massenet’s Manon. Previously he has sung Fouquier and Fleville in Giordano’s Andrea Chenier, and Marcello in La Boheme.

Ben has also performed a great deal of the standard oratorio repertoire, as well as recitals of lieder, chanson and English song in London, Luxembourg and Switzerland. Last year he performed Schubert’s Winterreise for the first time, and this concert featured on BBC Radio 3’s In Tune.

Benjamin Bevan is part of a highly musical family including soloists Sophie Bevan and Mary Bevan.