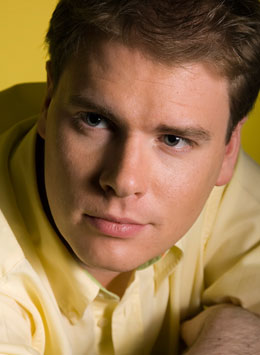 Benjamin Hulett is well known to Canterbury Choral Society audiences. He has performed:

Ben is currently reading for a Master’s degree in Musicology at Oxford Brookes University. He trained on the Opera Course at the Guildhall School of Music and Drama. He was a choral scholar at New College, Oxford.

He was principal tenor at the Hamburg State Opera from 2005-2009. He has made debuts in major roles at the Salzburg Festival and Baden Baden Festivals, Theater an der Wien, Bayerische Staatsoper Munich, Opera Holland Park and Opera North. Ben made his debut with Welsh National Opera as Tamino in Mozart’s Magic Flute. He made his debut with the Royal Opera House, Covent Garden in Puccini’s Manon Lescaut.

Ben appears on many discs and DVDs: