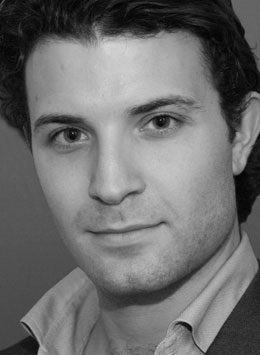 Charles Rice studied at the Royal Academy of Music and has just finished his studies at National Opera Studio. Charles is grateful for the support of Opera North, a Worshipful Company of Musicians Allcard Award, the William Allen Charitable Trust, The Kathleen Trust, The Kohn Foundation Vocal Scholarship and The Josephine Baker Trust. Charles was a finalist at Les Azuriales Young Artists Competition 2009 in France and winner of the Garsington Prize 2009.

Recent opera engagements include Angelotti in Puccini’s Tosca for Grange Park Opera, Guglielmo in Mozart’s Cosi fan tutte with Jane Glover and John Cox, and the Vicar in Britten’s Albert Herring, both for Royal Academy Opera. Last summer Charles sang the Cat in Stravinsky’s Renard for the Glyndebourne Jerwood Young Artist Programme. He has covered Cavaliere Die Ripafratta in Martinu’s Mirandolina for Garsington Opera, and also sung the roles of James in Gilbert & Sullivan’s Pirates of Penzance at Buxton, Saretski in Tchaikovsky’s Eugene Onegin at Iford Arts and Falke in Johann Strauss’s Die Fledermaus for Alternative Opera.

Future engagements include Morales in Bizet’s Carmen for Raymond Gubbay at the Royal Albert Hall, Sid in Britten’s Albert Herring for English Touring Opera and Ned Keene in his Peter Grimes for both The Aldeburgh Festival and Opéra de Toulon and Handel’s Messiah at the Royal Festival Hall.

Charles attended Kings School here in Canterbury, where he was head boy.