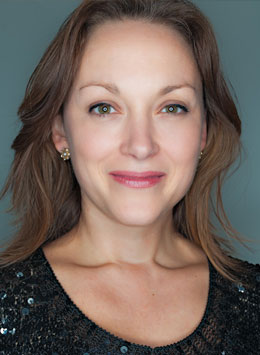 Kirsty Hopkins read Music at Manchester University and continued her vocal training at Trinity College of Music, where she won the Elizabeth Schumann Lieder Prize.  She now enjoys a versatile career performing all over the world with some of today’s most exciting and renowned conductors and ensembles.

Operatic roles include Asphodéle in Chabrier’s L’Etoile for Sir John Eliot Gardiner and François-Xavier Roth, Galatea in Handel’s Acis & Galatea for Jerusalem Early Music, Cupid in Purcell’s King Arthur for New Chamber Opera, and the title role in Purcell’s Bonduca for Orchestra of the Age of Enlightenment.

Concert performances include Purcell’s King Arthur and Handel’s Dixit Dominus for Harry Christophers’ Glory of Venice programme for Orchestra of the Age of Enlightenment, Bach’s Lutheran Mass in G Minor for Australian Chamber Orchestra, the world premiere of Howard Goodall’s oratorio Every Purpose under the Heaven, Handel’s Israel in Egypt for Sir John Eliot Gardiner, and the BBC Young Composers Prom for Aurora Orchestra.

Kirsty has recorded Monteverdi’s Vespers for Orchestra of the Age of Enlightenment, Making Waves for Bob Chilcott and has appeared on the BBC in two series  – The Birth of British Music and Sacred Music at Christmas.

Forthcoming highlights include a recital at West Green House, performing Mozart with Joanna MacGregor and as the singer for Rambert Dance Company’s Labyrinth of Love in 2013. When not singing, Kirsty’s time is entirely monopolised by her lovely and unruly four year old daughter.