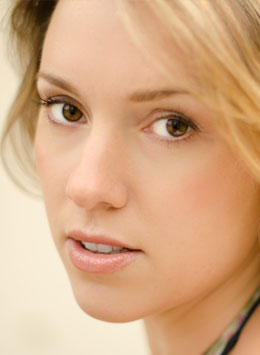 Mary Bevan was born in Hertford in 1985 into a large family of musicians including fellow soloists Sophie Bevan and Benjamin Bevan. She attended Trinity College, Cambridge, where she studied Anglo-Saxon Norse and Celtic and sang with Alison Wells. She is now a student at the Royal Academy of Music Opera School, learning with Lillian Watson and Audrey Hyland. At the Royal Academy of Music, Mary is a member of the prestigious Song Circle and is the Kohn Foundation Bach Scholar. She recently won the Isabel Jay Prize and was Garsington Opera’s nominee for the Joaninha Trust Award. Mary has been generously supported in her studies by the Harold Hyam Wingate Foundation, the Countess of Munster Musical Trust, the Ian Fleming Charitable Trust Education Award, and the Baroness de Turkheim Award from the Draper’s Company.

Concert highlights have included Handel’s Apollo e Dafne with the Classical Opera Company, Rutter’s Requiem under John Rutter in the Albert Hall, a recital of French song at the Oxford Lieder Festival, Bach’s St John Passion at the Spitalfields Festival, Britten’s Les Illuminations under Vladimir Ashkenazy on the English Chamber Orchestra Music Cruise and at the Cadogan Hall, Schütz and Purcell under John Eliot Gardiner, extracts from Monteverdi’s L’incoronazione di Poppea and Cavalli’s L’Egisto with the English Chamber Orchestra and Handel’s Israel in Egypt at the Cadogan Hall.

Mary’s operatic roles include Iris in Handel’s Semele under Sir Charles Mackerras, Arpago in Vivaldi’s L’Incoronazione di Dario for Garsington Opera, Pamina and Papagena in Mozart’s The Magic Flute at the Mozart Palestine Festival and British Youth Opera, Susanna in his The Marriage of Figaro for the Cambridge University Opera Society, and Frasquita in Bizet’s Carmen for Opera de Baugé. Future engagements include a Song Circle Valentine’s Day concert at the Wigmore Hall, and Barbarina in Garsington Opera’s production of Mozart’s Le Nozze di Figaro.