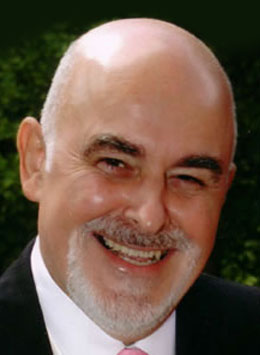 Michael Pearce was a choral scholar at St John’s College, Cambridge. He was Head of Mathematics at a comprehensive school in West Sussex before moving to London to start his life as a singer. He joined the professional choir at Westminster Abbey and sang with various vocal groups and choirs before embarking on a solo career. His debut recital on the BBC was soon followed by first prize in the initial English Song Award at the Brighton Festival. As part of his prize he gave a critically acclaimed debut recital in the Wigmore Hall.

Michael’s varied solo career in music has taken him all over the world, including concerts, recitals and operas in the Philippines, Brazil (bass soloist with Harry Christophers’ Sixteen), China, Canada, Israel (with the Beersheba Orchestra and Choir) and at most of the major concert halls and festivals throughout Europe. His numerous London appearances include Haydn’s Creation and Mozart’s Requiem at the Barbican, Handel’s Messiah, Brahms’ Requiem and Verdi’s Requiem at the Royal Albert Hall, and Mahler’s 8th Symphony, Rihm’s Dies and Glass’ Satyagraha at the Royal Festival Hall.

Michael’s commercial recordings include Handel’s Coronation Anthem and Bach’s B minor Mass. He has also recorded the part of Bam in Holliger’s short opera What Where. He has given numerous radio broadcasts and recitals, both on the BBC and abroad, whilst his TV appear­ances include Walton’s Belshazzar’s Feast at the RTE Irish proms.

At the Royal Opera House he has given solo performances in Thérèse, Cappricio, Die Meistersinger (Ortel) and Salome. Elsewhere he was Dr P in The Man who Mistook his Wife for a Hat (Music Theatre Wales), Herald (The Burning Fiery Furnace) and Balstrode (Peter Grimes) – both with Kent Opera, Becket (Assassinio nella Cattedrale) with Oper Bergen in Norway and Tonio in I Pagliacci with Pimlico Opera. He sang Sam in the British premiere of Bernstein’s A Quiet Place in Cambridge, Malcolm in Andrew Gant’s unaccompanied opera for the Lichfield International Festival, May we borrow your husband, and at Scottish Opera he created the role of Dundas (Horne: Friend of the People: world premiere 1999).