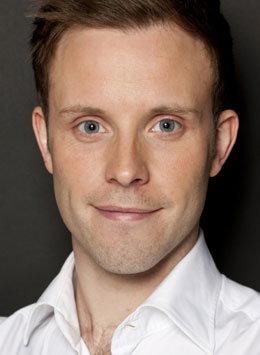 Winner of both First Prize and Audience Prize at the 2006 London Handel Singing Competition, Nathan was born in Stourbridge and attended the Royal College of music, where he studied with Ryland Davies at the Benjamin Britten International Opera School. He was awarded an Independent Opera Scholarship to the National Opera Studio, where he was further supported by English National Opera, and the Nicholas John Trust. He continues his studies with Tim Evans Jones.

His operatic engagements have included First Armed Man and First Priest in Mozart’s Magic Flute for ENO, Lurcanio in Handel’s Ariodante and Oronte in his Alcina for English Touring Opera, and Belfiore in Mozart’s La Finta Giardiniera for Opera Bauge.

Current engagements include Belfiore in La finta giardiniera in Luxemburg and Toulon, the Evangelist in Bach’s St. Matthew Passion for the London Handel Society, and Bach’s Magnificat with the Northern Sinfonia.