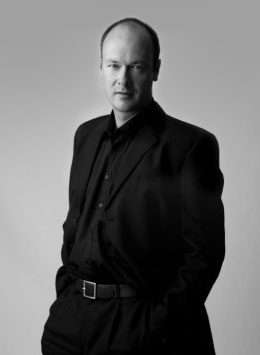 Robert Macdonald began his musical career as a chorister at Hereford Cathedral under the direction of Dr. Roy Massey. From there he went on to an academical clerkship at Christ Church, Oxford, where he read biochemistry and music whilst singing in the renowned choir there under Stephen Darlington.

After Oxford he won an exhibition to the Royal Academy of Music, where he studied with Mark Wildman. Since leaving the Academy he has held positions at all three of the premier London choral foundations, Westminster Abbey, St Paul’s Cathedral and Westminster Cathedral.

On the concert platform Robert has sung Bach’s B Minor Mass with The Monteverdi Choir and Sir John Eliot Gardiner, Handel’s Hercules at The London Handel Festival for Laurence Cummings, Mozart’s Requiem with The London Mozart Players and Raymond Leppard and Bruckner’s Mass in F for Christopher Robinson, as well as Purcell’s Fairy Queen, the Bach Passions and Christmas Oratorio, Handel’s Messiah, Haydn’s Creation, Mozart’s C Minor Mass, Verdi’s Requiem, Elgar’s Caractacus and Tippett’s  A Child of our Time.

Robert has recorded Monteverdi’s Vespers of 1610 with The King’s Consort, and lute songs by Henry Lawes with Elizabeth Kenny for Hyperion, Verdalot Madrigals with Catherine King and Jacob Heringman for Linn, and Anthems for The Chapel Royal with the Choir of Christ Church, Oxford for Nimbus.

As a consort singer, Robert sings with several of the leading period ensembles of this country including The Hilliard Ensemble, The Tallis Scholars, The Sixteen, Cardinall’s Musick and Alamire.

Robert is married with a young son, lives in west London and currently studies with Philip Doghan.