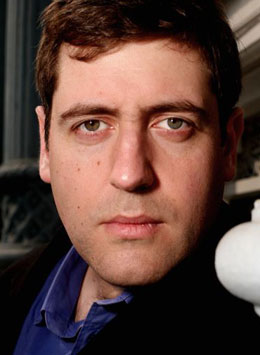 Having been a choral scholar at King’s College, Cambridge, and a postgraduate at the Royal Academy of Music under Mark Wildman, Robert continued his studies with Richard Smart and Sheila Barnes. As a concert artist he undertakes a wide variety of repertoire. Recent concerts have included several performances of Bach’s St. John Passion, his Ich habe genug and Mass in G minor, Dvorak’s Stabat Mater and Orff’s Carmina Burana. This season he sings Brahms’ Ein Deutsches Requiem in Birmingham Symphony Hall, Rossini’s Petite Messe Solennelle, and Beethoven’s Mass in C. In recital he has recently collaborated with pianist Will Vann at the London English Song Festival and York Late Music and guitarist Erich Schachtner in Bavaria.

His stage work often involves contemporary music: he has toured Bosnia, Scotland and England with Opera Circus, appearing as Hasan in Nigel Osborne’s well-received Differences in Demolitions, and in their previous production Arcane, with music by Paul Clark. Further stage appearances include Tempter in Maxwell Davies’s The Martyrdom of St Magnus for The Opera Group, and his Eight Songs for a Mad King  on the South Bank. He created the Ivory Carver in Judith Bingham’s The Ivory Tree at St Edmundsbury Cathedral.

Robert’s previous appearance with Canterbury Choral Society involved stepping in at the last minute to sing Judas in The Apostles in the live recording with the Philharmonia under Richard Cooke.  A skilled arranger of vocal music in many genres, he is published by Novello & Co. Ltd.