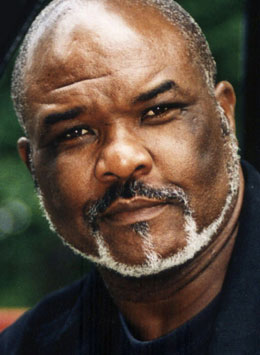 One of the best-loved and most versatile opera stars of the last 40 years, Sir Willard White’s illustrious career has taken him to the most prestigious opera houses and concert halls throughout the world, collaborating with conductors, directors and orchestras of the highest calibre.

Highlights this season include Klingsor Parsifal at the Royal Opera House, Covent Garden; the role of Priest in the world premiere of Jörg Widmann’s Babylon at the Bayerische Staatsoper; Méphistophélès La Damnation de Faust with Opera de Rouen; Hercules Alceste at the Teatro Real; Timur in a concert performance of Turandot with Scottish Opera; and a new production of Benvenuto Cellini for English National Opera. Future engagements include returns to the Royal Opera House, the Festival d’Aix en Provence and Opéra de Lyon, and La Damnation de Faust in Verbier and with the Cleveland Orchestra and Charles Dutoit.

Sir Willard White was born in Jamaica, where he commenced his musical training at the Jamaican School of Music and then went on to the Juilliard School in New York. Since his operatic debut with the New York City Opera in 1974, he has sung regularly at the Royal Opera, Covent Garden, the Metropolitan Opera, New York, English National Opera, San Francisco Opera, the opera houses of Munich, Amsterdam, Berlin, Brussels, Geneva, Hamburg, Los Angeles, Madrid, Paris, and at the Glyndebourne, Aix-en-Provence and Salzburg festivals. In 1989, White performed the role of Othello in Trevor Nunn’s production for the Royal Shakespeare Company, alongside Sir Ian McKellen as Iago and Imogen Stubbs as Desdemona.

On the concert platform, White sings regularly with the world’s major conductors and orchestras, including the London Symphony, London Philharmonic, BBC Symphony, The Hallé, Royal Philharmonic, Concertgebouw, La Scala, Berliner Philharmoniker, Boston Symphony, New York Philharmonic, Los Angeles Philharmonic and Cleveland Orchestra and he has appeared as soloist many times at the BBC Proms, including the First and Last Night of the Proms and at the Proms in the Park. He has most recently sung Mephistopheles La Damnation de Faust and Marke Tristan & Isolde Act II under Gergiev; a concert performance of Pelleas et Melisande at the Verbier Festival with Charles Dutoit; Gershwin’s Porgy and Bess in concert with the Berliner Philharmoniker and Sir Simon Rattle; and Bluebeard’s Castle with the Los Angeles Philharmonic and Esa-Pekka Salonen.

Willard White was awarded the CBE in 1995 and was knighted in the Queen’s Birthday Honours in 2004. He is currently President of the Royal Northern College of Music, having succeeded the Duchess of Kent in this role.