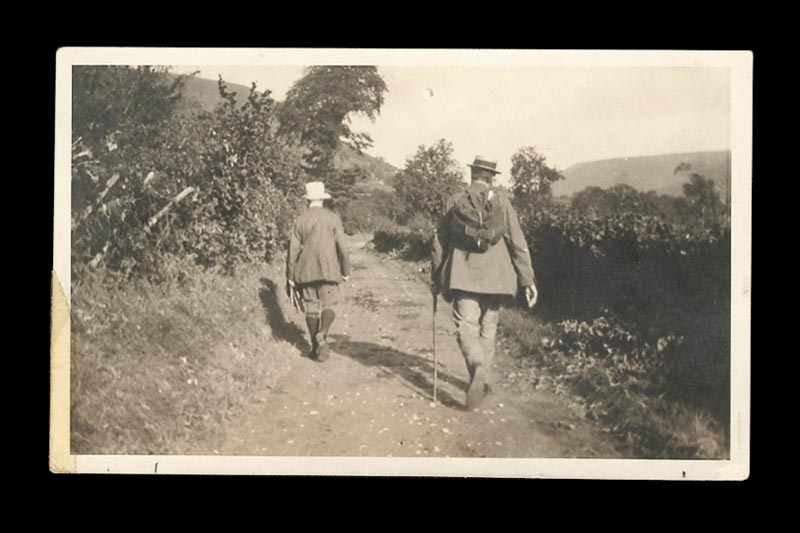 “The G minor Mass recalls the earlier traditions of the 16th century, with Vaughan Williams modal style embedded. VW had collected a number of old English folk songs and hymns which influenced him a good deal and appeared in the English Hymnal which he was involved in compiling. However, the comparison with earlier centuries can only go so far. This is a work of outstanding beauty and conciseness, as were the masses of Byrd and his contemporaries…”
Richard Cooke

Photo (above):
Ralph Vaughan Williams and Gustav Holst walking in the Malvern Hills, September 1921 (the same year he wrote this work).

The composers Ralph Vaughan Williams (1872–1958) and Gustav Holst (1874–1934) first met in 1895, and formed a lifelong friendship. The 1921 Three Choirs Festival, held in Hereford, featured the music of both composers. After the festival they went on holiday together and took long walks in the Herefordshire countryside. This photo was taken on a walk in the Malvern Hills by fellow composer W.G. Whittaker.